The Team Dimensions Profile helps teams determine who should work on what part of your project. DiSC explains how they will do it. Combine these insights for more effective training.

Ray Dalio’s New York Times bestselling book, Principles, has created a lot of buzz around the Team Dimensions™ Profile. Consequently, many organizations have begun using this assessment in conjunction with behavioral assessments like DiSC®.

So how are the profiles related? The Team Dimensions profile is actually a separate model and has no basis in DiSC Theory. Both assessments are published by John Wiley & Sons, but they were created using different theories and measure different aspects of an individual.

Since they are measuring two different data points, Everything DiSC and Team Dimensions can be incredibly effective when used together. The combination of the two will give you a more in-depth picture of current teams, new team members, or even potential new hires.

What role do you play on a team?

The Team Dimensions Profile 2.0 guides individual team members to discover their natural talents in four fundamental team roles. It helps each individual answer the question, “What do I do well?” Or, “What kinds of projects are energizing for me?”

The assessment measures four unique roles: Creator, Advancer, Refiner, and Executor. Each of these roles has a particular area of work that they enjoy focusing on:

There is also a fifth role called Flexer. Someone who is a Flexer will find that they are energized by different roles at different times and that they can easily step in to fill whatever role is needed by the team.

This Team Dimensions model is built using two scales: Ability (what we do well) and Affinity (what we enjoy to do). The affinity scale of this assessment was designed using Everett Rogers’ theory on the Diffusion of Innovations. Roger’s theory is influential in why a certain person is an early or a late adopter of an idea.

What are your personal tendencies and priorities?

By comparison, Everything DiSC helps individuals understand their personal tendencies and priorities. A person who takes an Everything DiSC or DiSC Classic assessment is measured on two primary dimensions of behavior: 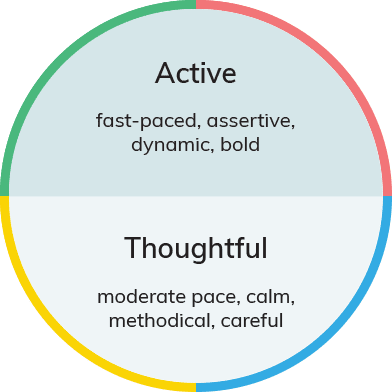 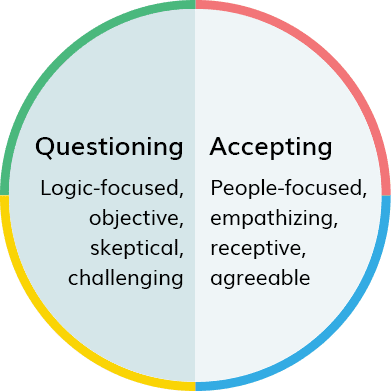 These two dimensions of behavior combine into what we know as the four primary DiSC styles:

The DiSC model was developed by William Moulton Marston and was created into the personal development assessment that we know today by John Geier in the 1970s. After completing the DiSC questionnaire, individuals receive valuable information about their behavioral preferences, strengths, challenges, and strategies for communicating more effectively with others.

Using DiSC and Team Dimensions Together

If you read Principles, you may remember that Dalio’s company, Bridgewater, uses both Team Dimensions and the Myers-Briggs Type Indicator (MBTI). Dalio understood that to improve the way an individuals communicate, each person must first understand how others think. The more we can adapt our behavior to meet others’ needs and communication preferences, the more effective our message becomes.

Using the Teams Dimensions Profile alongside a behavioral assessment like Everything DiSC Workplace or MBTI can help teams build stronger working relationships by understanding why a person behaves the way they do in various situations. All of us have distinct behavioral styles, and DiSC or MBTI can help us openly talk about these differences in order to make them work for us and our teams. 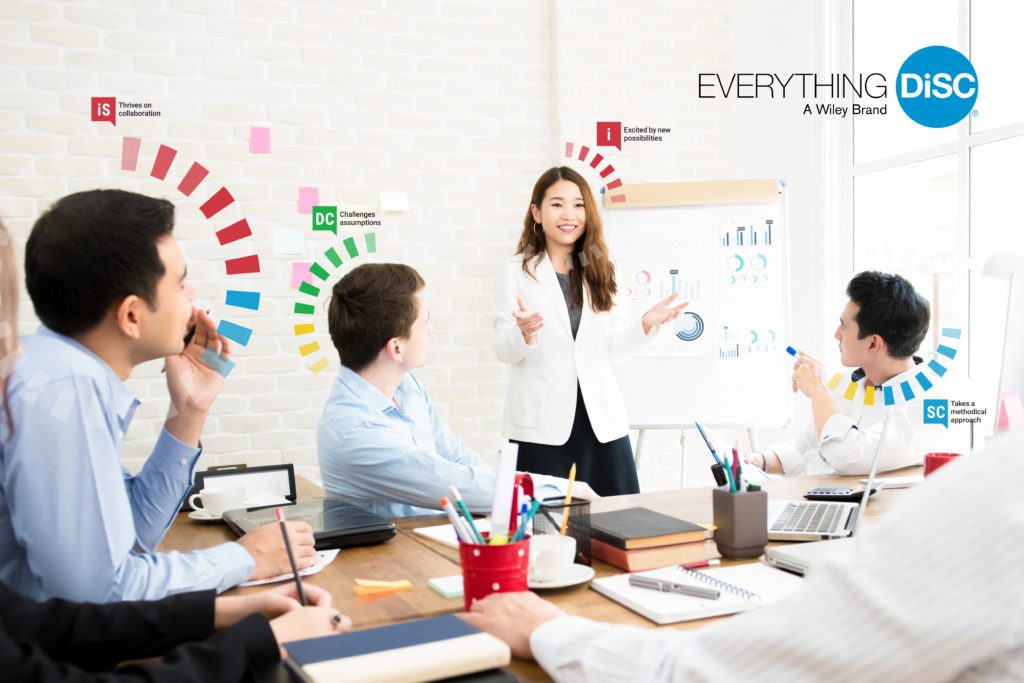 These tools give us a judgement-free way to communicate about those differences. Now that I understand why I tend to behave the way I behave, and now that you also understand my behavioral tendencies, we can begin to have more insightful and productive conversations. Behavioral assessments can be powerful conductors of superior communication when used correctly. (See our post on the misuses of DiSC).

Once an organization has embedded a behavioral language into its culture, individual teams can use the Team Dimensions model to become even more effective by engaging with specific pieces of a project that appeal to their personal interests and style.

You might wonder, “Can’t I just cut out the behavioral training and simply allow my team members to work on tasks they enjoy?” The answer is – you can! However, depending on your team and the outcome you are trying to achieve, you may get better results when the team understands both the series of stages team projects usually move through and their behavioral style in order to have more effective communication throughout that process.

The sequences of stages projects usually move through is called The “Z” Process. It allows teams to work efficiently by knowing when and where to focus their energy and natural talents as a project moves through four different phases: Creating, Advancing, Refining, and Executing. Effective teamwork requires that all members know when to assert their natural tendencies, and when to step back and allow the strengths of others to shine. Constructive communication and awareness of behavioral differences is key for this process to run smoothly.

As an example, in the early stages of a project, both the Creator and the Advancer are able to run wild with their ideas. However, once they identify an idea they wish to push forward, they must trust the Refiner’s judgements on if their idea is realistic, and what problems they might encounter down the road.

When the Refiner returns to the team (including the Creator and Advancer who initiated the idea) and presents the flaws and challenges he found, his feedback could cause a lot of conflict on teams that have not already had open conversations around their strengths, differences, and ways they prefer to give and receive feedback. 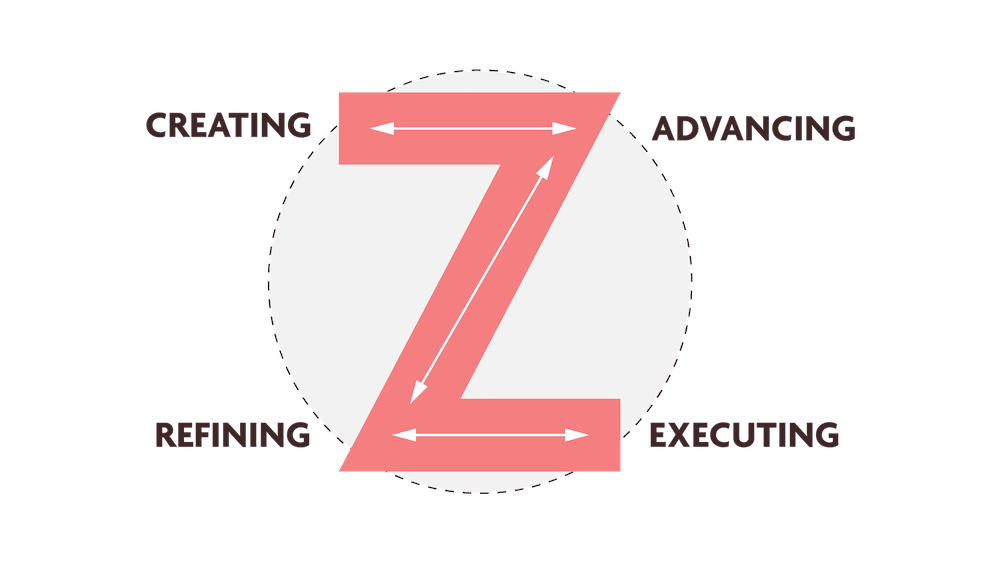 Alternatively, on a team that’s already had those behavioral conversations and developed a deep awareness about the different styles of their group, a little bit of conflict around an idea can actually become healthy and constructive, rather than harmful. Teams who are able to use conflict productively have built a strong foundation of trust. They have proven methods at their disposal that they can rely on to communicate about behavioral differences and preferences.

In the previous example, when the Refiner began listing reasons why the team’s idea might not work, his behavioral style could have influenced a certain lack of consideration for how he might be coming across to the rest of his team. In his mind, he is simply trying to ensure that the project will work after establishing all potential problems. He is focused on the idea, not on his relationship with the other members of his team.

It could be that our Refiner has a strongly-inclined “D-Personality Type” or “C-Personality Type”  on the DiSC Personality model. These are the two styles that are more logic-focused than people-focused. They tend to be objective, questioning, and skeptical.

Our Creator and Advancer, on the other hand, may have strongly inclined “i-Personality Type” or “S-Personality Type“. These two styles crave that personal touch and value friendly relationships. If the Creator and Advancer don’t recognize the differences in their behavior style as compared to the Refiner, they might feel attacked. If they feel attacked, they could mentally withdraw from the project, robbing the team of their talents and fresh insights.

DiSC (or MBTI) provides a way to identify and call attention to these differences in behavior. It allows the team to keep projects moving forward without getting bogged down in poor communication, distrust, and resentment.

Ultimately, The Team Dimensions provides a method for teams to get things done. Behavioral assessments will help determine how fast.

Learn your Workstyle and get work done faster. Purchase an access code directly from our site.

Want to learn your DiSC Style immediately? Purchase an access code directly from our site.