Celebrating the Evolution of DiSC!

Learn the history of your DiSC Dot, join a free training session, and win DiSC give-aways. 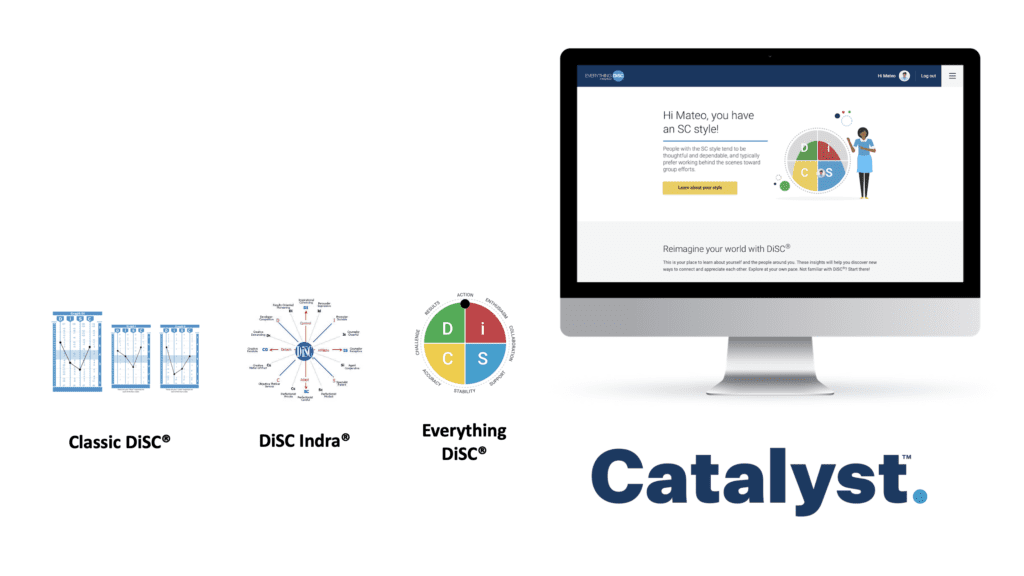 On August 4th, 2007 the DiSC Dot was born. Of course, Dot Day isn’t really a holiday. However, we think it’s important because it changed how Everything DiSC used the DISC model.

14 years ago, the circular graph and a dot were introduced as a way to show a person their DiSC Style. This change allowed for increased personalization and accuracy in showing someone their DiSC Style.

It doesn’t end there. Everything DiSC is revolutionizing DiSC again!

Everything DiSC released a learning platform called Catalyst. Catalyst takes the insights from Everything DiSC and makes them interactive. It’s a tool that can help teams re-connect and engage together, digitally. 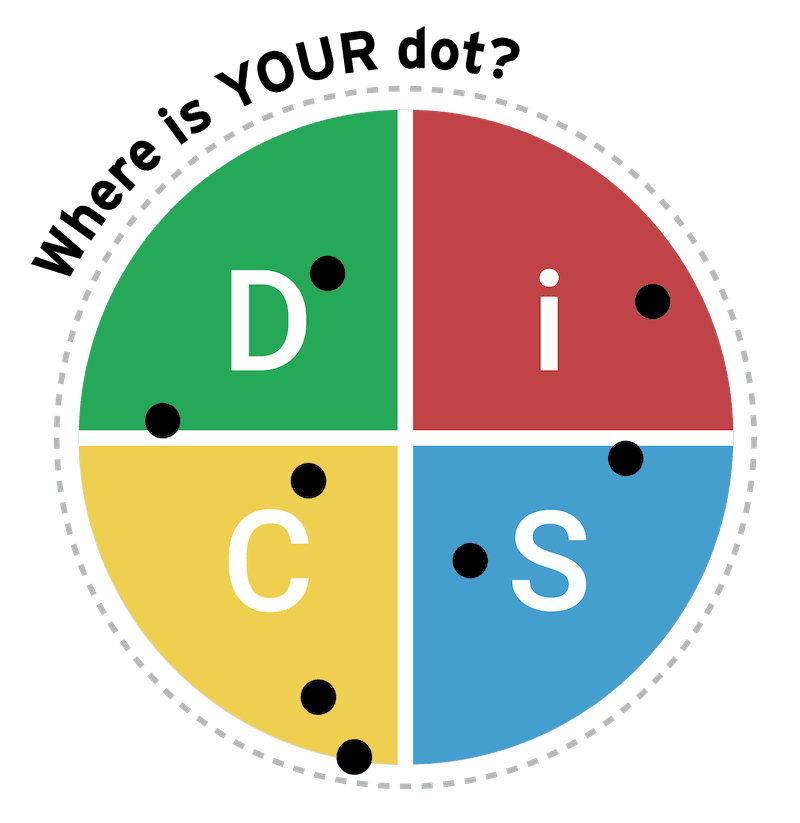 As part of our Dot Day celebration, we are running a free Catalyst training session!

Register
All who attend will be entered to win four DiSC books.

- It all began with DiSC Classic® -

DiSC Classic reports are still used. In fact, the DiSC Classic paper instrument is still widely used with teams who don’t have access to a work computer.

The classic DiSC model used 28 forced-choice questions. Learners had to choose between two words/adjectives that they felt described themself. At the end of the assessment, a learner received their DiSC Classic line graph.

The highest section of the line on Graph III indicated a person’s DiSC Style. The shape of the line also told a person their Classical Pattern.

DiSC Classic was one of the first personality and behavioral profiling tools. For as long as the report was available, it showed a person three graphs:

The three graphs caused a lot of confusion. When DiSC Classic was first created in the 1970s, it was only offered as a paper instrument. Someone taking their assessment had to manually calculate their assessment scores.

The assessment asked a person to ‘choose’ a word as either “Most Like You” or “Least Like You”. At the end of the assessment, and person would add the scores for each section and plot their graphs. Graph III was calculated based on the totals of Graphs I and Graphs II.

The common teaching of the three graphs was that your true DiSC style was found on Graph 3 – the combination graph. The other two graphs showcased your public self (how you wanted the world to see you) or your natural self (who you really were).

The issue with the three graphs is that we don’t have three separate personalities. While this line of thinking seemed like common sense, it wasn’t true. John Wiley & Sons, the publisher of DiSC, researched this topic extensively and found that a person only has one true DiSC style.

Because the classical model didn’t use a dot, it was common to hear someone say:

The term “High ___” was a reference to how how a person’s line went. The higher the line, the more inclined a person was with their DiSC Style. If you hear someone reference a person’s style as being a “High __”, they are probably a Classic DiSC convert. 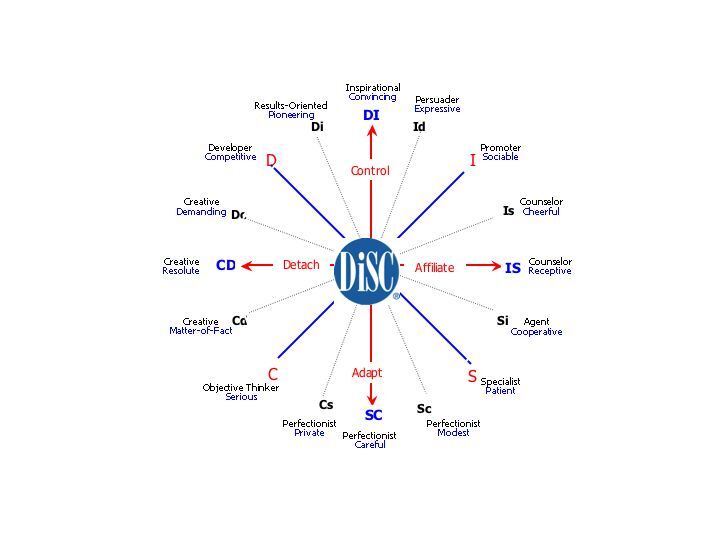 Indra brought the mathematical rules of a circumplex (circle graph) to DiSC.

Indra didn’t use a dot, but it is the pre-cursor to a person receiving their DiSC Dot. Indra showed a person their ‘vector’. A person’s vector was shown based on their responses to the assessment. Indra is an acronym and stood for In–Depth-Relationship-Assessment.

Indra was only offered for a few years but paved the way for the introduction to Everything DiSC and our DiSC Dot.

Beyond the introduction of the circular graph, Indra also introduced the method to test learners based on 8 DiSC scales versus the traditional four. This allowed Indra to be much more accurate when giving a person their personalized report. Indra found that there was a difference between a person with a D-Style compared to someone with a DC Style.

Additionally, researchers understood that this assessment was moving closer to the original D.I.S.C. theory that was developed by William Moulton Marston. Marston imagined that his model was like a color wheel. In the wheel, you could identify someone based on their primary color, but you could see the other colors that fed into their personality.

These insights would all carry forward into the next iteration of DiSC: Everything DiSC.

- Everything DiSC gave us our dot - 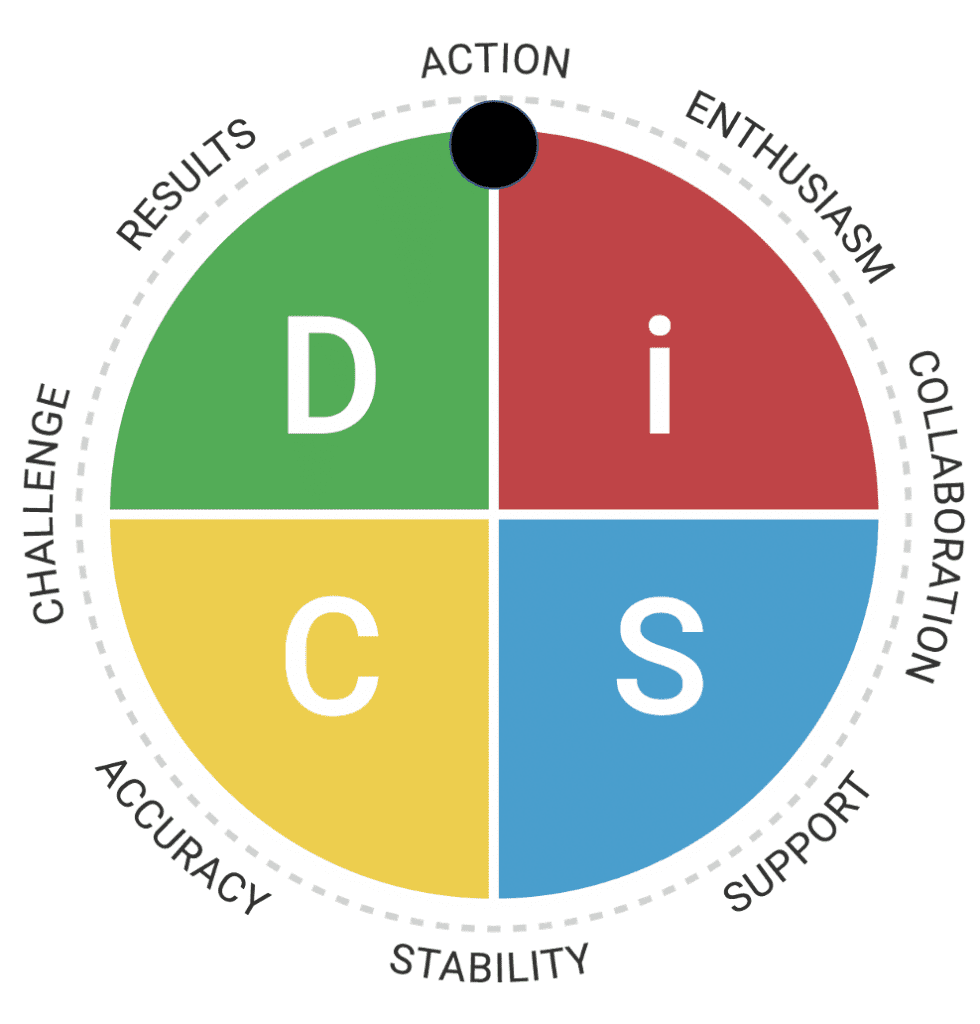 When Everything DiSC Sales was released 14 years ago, it introduced learners to their DiSC Dot.

Today, Everything DiSC is one of the most used DISC-based assessments. Every year over 1 million people complete an Everything DiSC assessment. However, at the time it took a lot of convincing to convert trainers, coaches, and learners to use this new model.

Beyond introducing someone to their DiSC Dot, Everything DiSC also added a new assessment process called computerized adaptive testing (AT).

Adaptive testing is the reason why two people will take an entirely different assessment. When you answer a question, a follow-up question is determined based on how you answered the previous assessment question.

- Catalyst keeps us learning and connecting -

Rather, it’s a celebration of our self-improvement journey through DiSC.

The ultimate goal of DiSC is to help foster better interpersonal relationships through self and social awareness. DiSC can achieve this goal by providing a decoder into someone’s behavior. 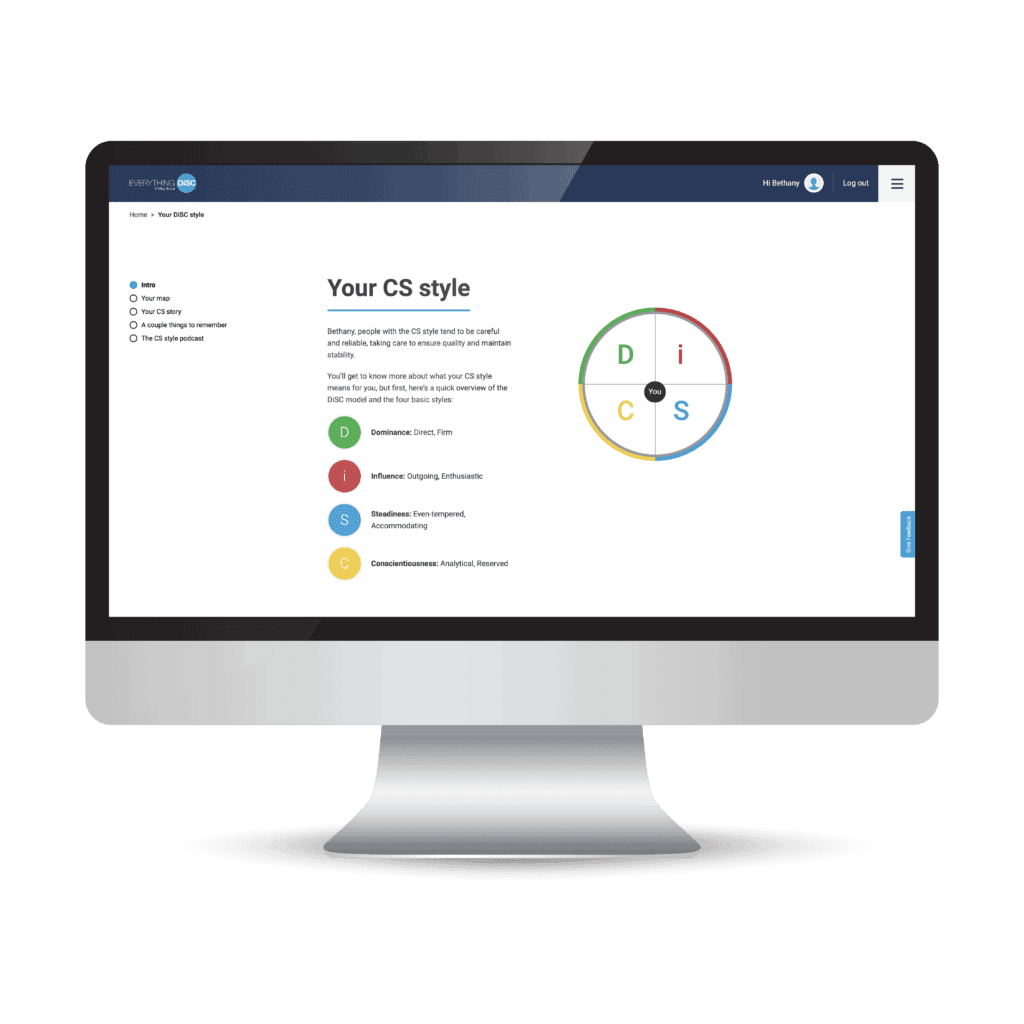 The introduction of the DiSC dot changed how we use DiSC. Now, Catalyst will build on these past improvements by offering a platform that bridges the digital divide of our teams.

In an age of instant communication, Catalyst offers immediate connections between colleagues.

In an age of information overload (and doom scrolling!) Catalyst offers a well-designed interface that is easy to digest new information in multiple friendly formats.

Don’t take our word for it. See it for yourself. Against the backdrop of previous improvements, Catalyst is the most daring and offers a tool for connection when we need it most.

PrevPreviousTony Robbins DISC: Compare it to Everything DiSC
NextExperience CatalystNext